I was 15 when I was sure I wanted to go into advertising. I simply was the only person I knew who shushed other people when commercials came on – and not just during the Super Bowl, although that was one of my favorite times to watch them.

Let’s just say many years later – after earning an advertising degree, working for several advertising agencies and eventually owning my own firm – that hasn’t changed. I’m still just as enchanted by commercials. What has changed dramatically since I was a teenager is the cost of Super Bowl ads, increasing nearly 10-fold to a lofty $5 million for a 30-second spot.

With that much money on the line – and the vast viewing audience that’s busy eating, drinking and two-screening it – advertisers had better find a way to stand out from the clutter. But here’s where I want to make my main point about Super Bowl commercials that most people forget – it has to be about more than just standing out.

Every commercial, whether 60, 30 or 15 seconds, should tell a story and ideally meet the following criteria: 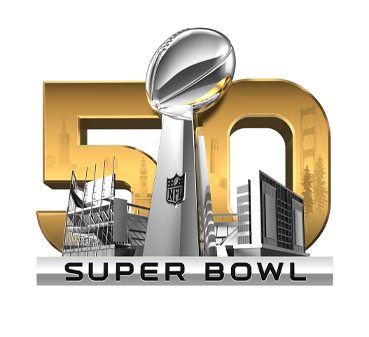 Here are a few examples that I think hit the mark well . . .

Esurance was extra smart, buying pre- and post-game ads for less money. Then, not only were their commercials entertaining, but they met all the criteria, actually featuring people who are in their targeted demographic (from men mowing their lawns, to kale-sipping business people). They also had a clear, simple message about passing savings on to their customers. They even used a football made of dollar bills to tie into the Super Bowl and drive the point home. And, to make sure people remembered their brand and took action, they set up a hash tag and money-giveaway to get people tweeting about them. According to Ad Week, right after they aired they were getting an average of 9,000 tweets per minute. The real test will be in sales, but they made sure they squeezed every dollar out of their Super Bowl ad buy.

TMobile killed it this year with two celebrity spots that were both strong and entertaining with recent pop culture references. In the Steve Harvey commercial, they not only spoofed Verizon’s “balls” spot, but they had Steve Harvey laugh at his own Miss Universe mistake while commenting on Verizon’s. They made sure it was branded appropriately with pink balls and the “un-carrier.” The Drake commercial was equally amusing and on target.

Jeep had two winning commercials. The “portraits” spot stood out and was memorable with great messaging not only about how enduring the brand is, but also how it serves such diverse targeted markets. It was particularly well designed for smart phones. The Jeep 4×4 spot, also showed longevity and diverse markets but with an upbeat original song. The tagline is particularly powerful. “We don’t make Jeep. You do.” Well done on all fronts.

There were a lot more noteworthy spots during Super Bowl 50, with the Mexican Avocados, the Doritos “ultrasound” spot and the Hyundai “Ryanville” spot standing out. I also applaud the NFL for continuing to get behind an end to domestic violence with its “no more” PSA.

I will save the spots I think did not work for another blog. Let’s just say that while meeting the memorability and messaging criteria I mentioned above, I don’t think #puppymonkeybaby will make even their targeted audience run out to buy Mountain Dew.