Daigle Creative is writing a Holocaust Survivor Series in local publication Jewish News to show the incredible stories of survivors living in Northeast Florida, as well as how our client Jewish Family & Community Services (JFCS) connects them with resources. Here is the first story in the series. 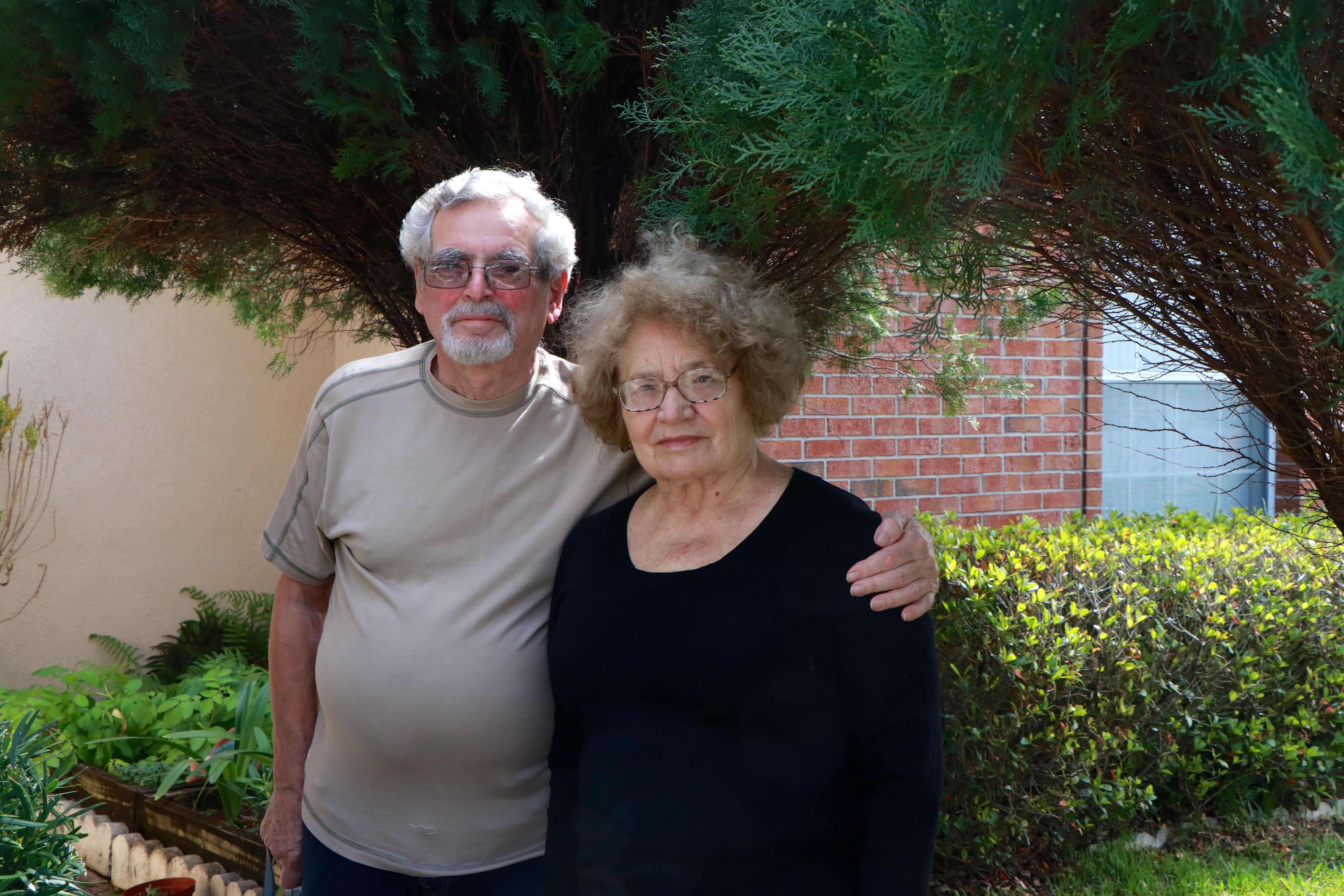 Semen and Nelli Malamud outside their Mandarin, Jacksonville home.

JACKSONVILLE, Fla. – Fifty-six years after they married, local Holocaust survivor Semen Malamud and his wife, Nelli, remain as in love as ever.

Sitting at the dining-room table in their Mandarin home, they look through old photos and documents from throughout their lives that only re-affirm their commitment.

“I really love you,” he tells her.

Eighty-year-old Malamud, who is one of 69 local Holocaust survivors receiving support from Jewish Family & Community Services, had a long road to get to Nelli.

He was born to a family of eight in Yampil, Ukraine, in 1937 under the Soviet Union. He was just 4 years old when the Germans bombed and took over his town in 1941. 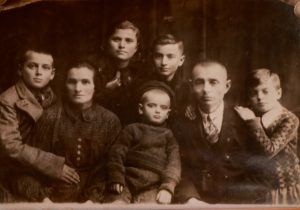 Semen Malamud (center) with his family in 1941 in Yampil, Ukraine.

The Nazis gathered Jews into a ghetto, where they were forced to wear yellow stars and lived in constant fear. One of his most horrifying memories is when the Nazis gathered 126 Jews and killed them in front of the others.

Malamud and his parents were sent to a concentration camp in 1942 in Semenka and transferred to another one in Ladyzhenka. He doesn’t remember much because he was so young, but he said he often refused to eat. He felt there was no point since the Germans would kill him anyway.

Malamud and his parents survived the camp and were freed by the Soviet Army in March 1944. However, liberation was not the end of their troubles.

They returned to Yampil, sick and exhausted, only to find their home had been destroyed. Although his parents lived through the war, their health never fully returned. The harsh conditions resulted in both his father and mother dying by 1947. Now parentless, Malamud was sent to a children’s orphanage with horrid conditions and little to eat.

A few years later, his life stabilized when his brother took him in and enrolled him in school. After turning 18, Malamud joined the Soviet Army that had freed him over a decade ago. He served for three years and then pursued a career in electrical and computer engineering.

He started working in a factory in Uzbekistan, and it’s here that his road intersected with Nelli Malamud. She had also lost her father in the Holocaust and was working at the factory. When they met, they shared an instant connection.

“It was like the universe wanted us together,” Nelli Malamud said. 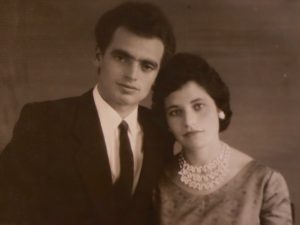 Semen and Nelli Malamud in the 1960s in Uzbekistan.

They married in 1962 and gave birth to their daughter, Elina, in 1970. Their life seemed settled until 1993. Nelli Malamud’s brother had moved to the U.S. after the fall of the Soviet Union, but he was desperately alone and begged them to come over.

They answered his call and joined him in Jacksonville, but the transition was difficult. They had few connections, a language barrier and no jobs. Malamud, an experienced engineer, could find work only as a dishwasher.

With the help of local nonprofits, Malamud found a factory job where he used his engineering skills to become a mechanic. He worked there for several years, but he wasn’t able to continue after his open-heart surgery in 2001.

Instead, he joined his wife once again at her workplace. This time it was at River Garden Hebrew Home, where she was a baker and he was at the deli. After working side-by-side for decades, they both finished their jobs on the same day in 2013.

The Malamuds have certainly found a way to live a life rich in love, but due to their many trials, financial wealth has been another matter. Fortunately, the Malamuds have access to the resources they need through Jewish Family & Community Services, which provides support and compassionate care for aging Holocaust survivors.

Through JFCS, the Malamuds are supported with Kosher meals and a food box that is delivered weekly through JFCS’ Meals 4 You program, as well as homecare assistance through Claims Conference and JFCS’ Compassionate Companions for Seniors care management.

“When I need help, I call them,” Malamud said.

This support has given the Malamuds the ability to truly enjoy their retirement in the only way they know how: together.

This is first feature in the Holocaust Survivor Series, which will highlight the story a local Survivor each month. The series is presented by Jewish Family & Community Services.