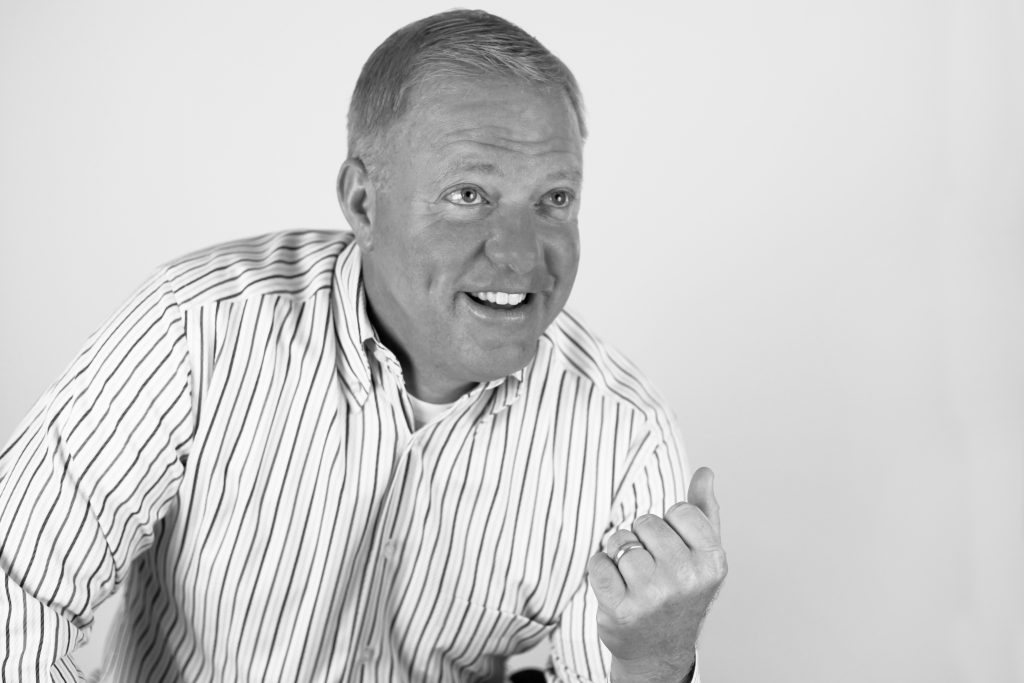 Daigle Creative Principal John Daigle answers a few questions about his business – and his resemblance to Kiefer Sutherland.

Q. How has Daigle Creative helped you in your career development?

A. Daigle Creative has let me to do what I love to do on my terms. It has allowed me to work with the clients that I want to help. It has given me the freedom to be the kind of father I want to be to my daughters.

Q. What has been your favorite project at Daigle Creative?

A. I love doing things they say can’t be done. Way back at the beginning of this adventure a friend contacted me about a project. She and some neighbors on the Westside were upset because the City was moving rapidly to reactivate a closed Navy jet base at Cecil Commerce Center. These were mostly people who had invested their life savings in residential property out there after the Navy left Cecil Field. Their homes and investments were about to be ruined. We were a group of six citizens around a kitchen table. Against us were the City, the Navy, the Chamber of Commerce and a Ponte Vedra millionaire hell-bent on spending tons of money to make this happen. But we were right. We created The Better Westside Project and fought tirelessly for more than a year to win an amazing grassroots victory that saved neighborhoods and made more sense for the military.

Q. What three words would you use to describe your role?

Q. If Hollywood made a movie about your life, who would you like to see cast as you?

A. I’d like to see Kiefer Sutherland play me in a combination of his roles as Jack Bauer (24) and Doc Scurlock (Young Guns).

Q. What do you think is one of the most overused words/phrases?

Q. What music is on your playlist?

Q. What’s your favorite line from a movie?

A. In All The Presidents Men, Bob Woodward is exasperated, having exhausted all his resources chasing the biggest story in modern journalism. He breaks down in frustration after unsuccessfully questioning dozens of possible sources telling his Washington Post editor Ben Bradlee, “We haven’t had any luck yet.” Bradlee stoically responds, “Get some.”  That’s the greatest line in any movie.